Marin governments' indifference to the hazards of E-bikes

Bikes are great. They’re fun to ride, a great way to get outside and get some exercise, and they provide kids (and parents) cherished independence. I own a hybrid road/mountain bike, myself. But even the best things can be taken too far.

The Bayfront Park multi-use path (MUP) in Mill Valley is one of the most heavily traveled in Marin County. It is the main connector route from Sausalito and the Golden Gate Bridge through Mill Valley and to Corte Madera and all points north. The path has a paved surface that's about 12 feet wide and dirt paths along each side that are about 18 inches wide.

On weekends, the path is typically filled with parents and children coming and going to sports teams’ events in the parks, joggers and those out for a walk, and last but not least hordes of bicyclists, usually in large, spandex packs (sometimes of up to 30 cyclists) racing through the paved center of the path as if competing in the Tour de France.

For the most part, the cyclists “own” the pavement and everyone else is relegated to the dirt shoulders. (Cyclists slow down for no one and it’s common to hear road bikers yelling at pedestrians who are in their way.)

There are numerous signs instructing cyclists to “slow down” and flashing, electronic displays showing the cyclists their speeds, above signs that say the speed limit is 10 miles per hour. All of these are summarily ignored.

There is no enforcement other than once a year a couple of police officers stand in the middle of the path (in plain sight by cyclists a mile away) holding up a radar gun, to negligible effect. But if that isn’t enough for anyone hoping to have a moment to commune with nature along the Bay, we now have a new hazard.

Only a matter of time

In April 2022, I wrote to Andrew Poster, the Director of the Mill Valley Department of Public Works, about public safety on the Bayfront Park MUP. I sent him photos of locations where vegetation had overgrown the dirt shoulders and over parts of the pavement, narrowing the right of way and making it impossible for pedestrians to avoid walking on the pavement in the path of speeding cyclists, particularly, those riding electric bikes.

In recent years, the Bayfront Park MUP has become the favorite route for high school students riding stripped-down, high-speed electric “bikes,” many with passengers on the extended seat. I have seen these “cyclists” clock speeds in excess of 25 miles per hour on the path’s electronic displays. They are also occasionally joined by adults on big fat-tired, electric, mountain bikes running at similar speeds. 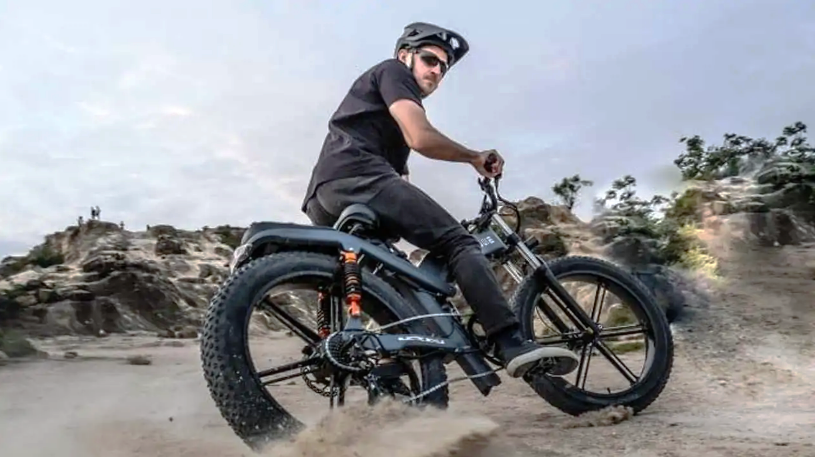 According to the County website, “Class 1 and Class 2 e-Bikes are allowed on Parks multi-use pathways.” But no one is enforcing those rules or the posted 10 miles per hour speed limits, which even Class 1 and Class 2 bikes can easily exceed. And many of the electric bikes now being used by teenagers are modified Class 2 or Class 3 that can go much faster.

Many of us who use the path regularly have been concerned about pedestrian safety because of speeding bikes, even before e-bikes and before a child was seriously injured by a speeding cyclist several years ago. Everyone knew it was only a matter of time before others were injured or worse. (Anyone who walks the path regularly probably has a story of almost being hit by a cyclist.)

My email requested that, in the interest of public safety, the city send out a maintenance crew to trim back the vegetation to make the shoulders of the path accessible. The response I received was indicative of the problem.

“The Multi Use Path is owned and maintained by the County Parks Department. I'm sorry I don't have a contact for you, but I'm confident you can find information on where to report service requests on the County website.”

In other words, public safety on the path is “not my department” nor is it anything the city needs to consider.

So, wrote him back and asked why a person in his position was not even concerned enough to contact his counterparts at the County Parks Department, himself, on behalf of the safety of Mill Valley residents. I asked him if he actually believed that my call to the County, as one person, would carry the same weight, considering that hundreds of complaints about trails and paths made to the County Open Space and Parks annually go unanswered. I copied the email thread to all the members of the Mill Valley City Council.

No one ever responded to my questions.

That was the headline of an article in the Marin Independent Journal on September 20th, James Gordon, a 63-year-old man, was struck and killed by a speeding electric bike rider.

E-bikes started as a fairly benign “pedal assist” feature added to regular bikes to help make bike riding less strenuous. That was a fine goal. There’s no argument that this would help promote more biking (instead of driving) among all age groups. However, it was always assumed that these bikes would adhere to the same rules regular bikes were subject to and their use would be similarly restricted (i.e., not on sidewalks, etc.). But things have gone far beyond that original vision. 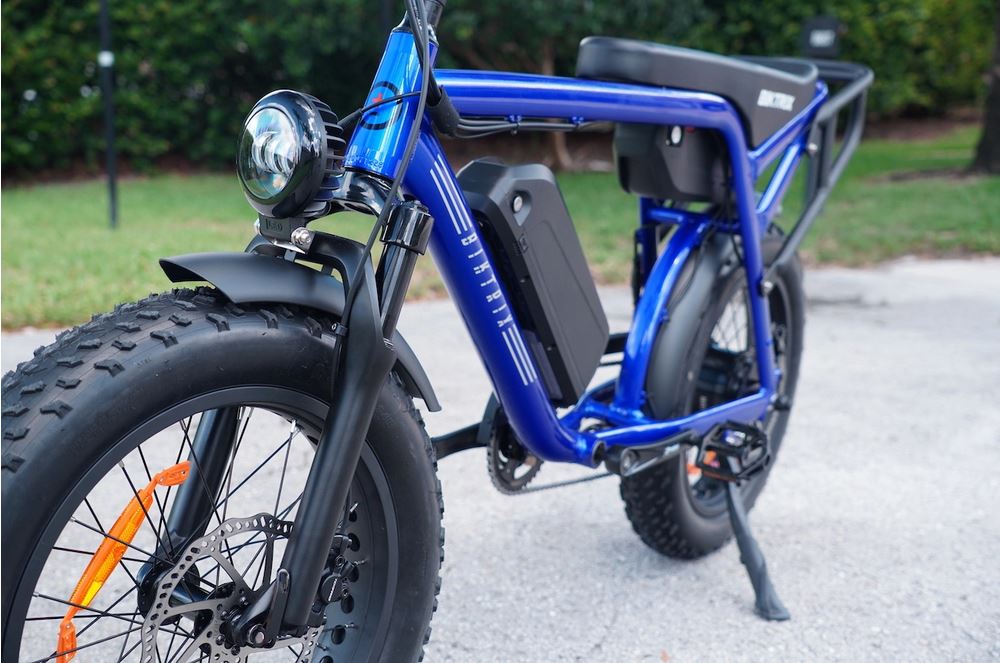 The truth is that many electric “bikes” (particularly Class 2 and Class 3) are now, basically, small, electric motorcycles, capable of high speeds. They have no place competing for space with pedestrians and other recreational bikers on MUPs.

To add insult to injury the Marin County Board of Supervisors have become so “pro-biking” biased that they have refused to even respond to written complaints from residents.

As described in detail in CVP’s Complaint Regarding Illegal Acts and Regulatory Violations by Marin County filed with the District Attorney in October of 2019, the County and the Marin County Bicycle Coalition have been essentially joined at the hip, for decades, with the latter dictating public policy to the former, while collecting millions of dollars of taxpayer funds to do so. Needless to say, the cyclist community is fervently against any regulation of any kind of biking, whatsoever. And the County seems content to look the other way.

At a hearing before the Marin County Open Space District commissioners, in May of 2022, when asked about the hazards of allowing biking on the Bob Middagh Trail in the Mill Valley Alto Bowl Preserve, Max Korten, the executive director of MCOSD, dismissed all concerns by praising the Marin County Bicycle Coalition’s “Slow and Say Hello” policies, whereby bikers are asked to be courteous to hikers and equestrians they encounter on single-track trails.

One might wonder why Marin County is relying on a policy of a private, bicycle advocacy, nonprofit organization, instead of having policies and enforcement methods of its own. But suffice it to say, the contrast between Mr. Korten’s reassuring portrayal of idyllic consideration and the reality of biker/hiker conflicts on the trails would be laughable if not for the consequences.

When Community Venture Partners filed a legal action against MCOSD in 2017, for illegally allowing bikers on the Middagh Trail, our Public Records Act request resulted in hundreds of records of hiker and equestrian complaints about conflicts with illegal and reckless mountain bikers.

Nothing has changed for the better since.

Meanwhile, the state legislature is in the process of trying to figure out what to do about e-bikes (under intense pressure from bicycle groups to not restrict their use) and recently punted the problem to cities and counties.

Chatter on Nextdoor and the law

Marin County’s ongoing coddling of illegal bikers might explain why in the wake of Mr. Gordon’s tragic death, there was giddy chatter on Nextdoor, by a biking advocate, about Governor Newsom having signed new legislation, ostensibly removing prohibitions for electric bikes, and particularly Class 3 bikes, on all California MUPS, paths, and trails.

That is a misinterpretation of the intention of a newly signed law, Assembly Bill 1909.

AB 1909, the Bicycle Omnibus Bill, was signed into law on September 16, 2022. The Legislative Counsel Digest states,

The text of the bill reads as follows:

“(a) Notwithstanding Sections 21207 and 23127 of this code, or any other law, a motorized bicycle shall not be operated on a bicycle path or trail, bikeway, bicycle lane established pursuant to Section 21207, equestrian trail, or hiking or recreational trail, unless it is within or adjacent to a roadway or unless the local authority or the governing body of a public agency having jurisdiction over the path or trail permits, by ordinance, that operation.

“(b) The local authority or governing body of a public agency having jurisdiction over an equestrian trail, or hiking or recreational trail, may prohibit, by ordinance, the operation of an electric bicycle or any class of electric bicycle on that trail.

“(c) The Department of Parks and Recreation may prohibit the operation of an electric bicycle or any class of electric bicycle on any bicycle path or trail within the department’s jurisdiction. [Emphasis added]”

As evidence of why counties and cities should be immediately taking action as the result of their new-found authority, note that Reuters recently reported that

“…powered bikes carry a higher risk of severe injuries than traditional bicycles and a different pattern of injury risks compared with scooters,” and that “E-bike injuries were also more than three times as likely to involve a collision with a pedestrian than either scooter or traditional bike injuries, the researchers report in the Journal Injury Prevention,” and “…injuries from e-bikes in particular were more serious.” [Emphasis added]

Of equal importance, consider that according to a study by Commonwealth Magazine, faster and heavier e-bikes are a far greater hazard than regular bikes, and notes,

“Even in the Netherlands, a country with a decades-long cycling culture, a Dutch study found that e-bike riders were 1.6 times more likely than an ordinary bicyclist to end up in the emergency room.” [Emphasis added]

It's time for our local governments and regional and state agencies to realistically address e-bikes and the hazardous conflicts between electric bicycles and pedestrians, hikers, equestrians, and other recreational, pedal-driven bicyclists.

E-bikes, today, are “vehicles” in every sense of the definition and as such should be restricted just like gas or electric-powered mopeds, motorcycles, and automobiles.