Ten years ago I started tracking operations and management of Marin Clean Energy (MCE). At the time it was a wet-behind-the-ears wannabe agency with lofty goals about which its leaders understood little. MCE's leaders depended on consultants, who waited in the wings for the agency to launch so that those consultants could collect sizable fees for helping to run the agency.

Today, MCE has come to represent government's least desired attributes -- it is not transparent and lacks integrity. The clean energy agency sells dirty power to consumers that it rebrands as "clean," while adding more than 1.4 billion pounds of greenhouse gas (GHG) to the atmosphere, since inception, that has not been disclosed by MCE to its customers.

Nor are MCE's shortcomings disclosed by Community Choice Aggregator (CCA) salespeople to communities thinking about joining or forming CCA. Salespeople cite MCE as a "clean energy" success while neglecting to disclose that all municipalities face very real financial risks that are not covered by the so-called financial firewall.

I have corresponded with MCE's board and management since the beginning, questioning their practices. MCE's denials and spin have left me wondering about the future of California's clean air, and about Governor Brown's proclamations that California is leading the world in clean air policy and initiatives.

While those policy claims may be true, CCAs including MCE, are working just as hard to undermine the Governor's vision. Unfortunately, CCAs will eventually dominate power generation procurements for California's retail electricity market.

MCE is built upon a foundation of deception, starting in 2010 when its leaders cited California Air Resources Board (CARB) as endorsing a study by Varshney & Associates to compel Marin's municipalities to join MCE. When it was pointed out that CARB rejected Varshney as "schlock science" (see second bullet) MCE's only response was crickets (MCE's history gives me pause about its current CARB claims, as included in my letter below).

I honestly do not believe that MCE will improve its lack of integrity.

Its staff protects its salaries above all else, and MCE's board does not understand the electricity industry -- there is so much more going on than battery storage or citing a local solar farm's commercial operation (or promoting a solar farm that never got built). These feel-good issues identify the limits of the MCE's board's thinking capacity about the electricity market.

Subject: The Omitted Part of the Truth

This letter is in response to your attached email, dated April 4, 2018, from your executive assistant, Darlene Jackson. I restate that I am sorry you have chosen to respond as you have. I have not fabricated anything — the data and source documents stand on their own. With respect to this, I am including omitted details under your (Darlene Jackson) email’s bullet items:

Your false accusation: Your email from Mary Nichols was not a definitive statement on any fact or analysis, but simply an off-handed remark that she was not aware of whether or not your accusation had any basis. Mary Nichols has spoken to MCE directly multiple times expressing regret that you are using her email out of context in a way she did not intend. Truth: MCE has always been in good standing with CARB, and you have distorted her words into your own meaning (emphasis added).

MCE’s “out of context” reference to California Air Resources Board (CARB) Chair Mary Nichols is baseless. It is understandable that, for public relations and customer enrollment purposes, MCE has worked to subvert that email, which includes "[MCE’s activities] may be consumer fraud but that’s not my jurisdiction."

After receiving Ms. Nichols’ December 10, 2013 email, steps were taken to address the possibility that MCE would attempt to invalidate and undermine it; the attached record identifies that Ms. Nichols revisited the contents of her email and, after I requested guidance, directed me to cite it. The plain language in the record does not support MCE’s “out of context” contention.

While MCE claims to be in good standing with CARB, CalCCA, the trade association which is located in MCE’s headquarters, and of which you are Secretary, is now lobbying the California Energy Commission to allow MCE’s (and other Community Choice Aggregators (CCAs)) continued practice of adjusting / manipulating greenhouse gas (GHG) emissions calculations through the application of unbundled RECs. 1

This misleads consumers who do not understand that much of MCE’s “clean” energy deliveries are actually fossil-fired power; this was previously identified in my audit and by default, your after-the-fact “true up” rationalization.

Unbundled RECs have no compliance value under CARB’s Mandatory GHG Reporting Regulation (MRR). Given that the lobbying efforts of MCE through CalCCA are directly opposed to CARB regulations, what constitutes “good standing”? Did MCE convey its pro-unbundled RECs activities with Ms. Nichols during your conversations with her? 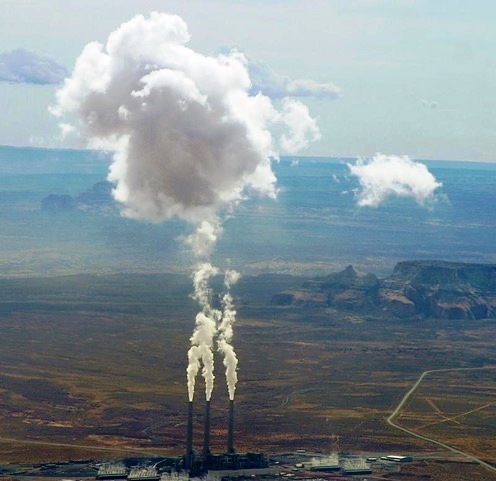 MCE’s annual Power Source Disclosure, which is submitted to the California Energy Commission (CEC), shows that unbundled RECs (highlighted in yellow on Schedule 1) comprise the bulk of MCE’s “clean” energy, as also shown in the percentages below, when compared to the balance of MCE’s other eligible renewable energy sources. What does this mean to a typical reader? By looking at MCE’s total “clean” energy megawatt-hours that are represented by RECs and dividing this by a typical home’s annual energy use, we uncover the following “Equates to” factors:

** In 2014 MCE’s REC usage peaked, reflecting the equivalent of 60,142 homes receiving dirty power that was sold as “clean.” MCE’s total energy load outpaced its use of RECs, thus the smaller reflected percentage of RECs compared to 2013.

Your false accusation: MCE was not the trigger behind AB1110 and implementation of this bill is still not complete. Your references to AB1110 (which is still being developed for future implementation at the California Energy Commission) show a lack of knowledge of the process, timing and legal environment we are currently working within. Truth: MCE has always followed California rules and requirements, and adhered to best practices in energy accounting. The greenhouse gas accounting principles MCE follows aligns with The Climate Registry, The Center for Resource Solutions, and the EPA.

MCE’s record of employing RECs is self-evident. With respect to its high use of unbundled RECs, the text of AB 1110, California Legislature’s anti-REC, consumer transparency legislation includes the following:

This bill would require a retail supplier, including an electrical corporation, local publicly owned electric utility, electric service provider, and community choice aggregator to also disclose the emissions of greenhouse gases associated with its electricity sources. The bill would prohibit an adjustment in the calculation of emissions of greenhouse gases through the application of renewable energy credits [RECs], carbon offset credits,…” (emphasis added)

Regarding your text about knowledge of AB 1110 implementation, MCE receives electronic files from the CEC of all comments submitted during the current rule making (implementation) phase. My submittals dated 2/17/2018, 8/17/2017, and 4/28/2017 are part of that process. All participants are well aware of AB 1110’s rule making process, timing, and legal environment.

In support of its GHG emission accounting practices -- green-washing fossil-fired system power with RECs and rebranding it “clean” -- MCE cites The Climate Registry and The Center for Resource Solutions. Both organizations are lobbying the California Energy Commission’s AB 1110 rule making process for the continued use of unbundled RECs. This results in consumers being misled about delivered clean energy and obscuring transparency, both of which AB 1110 seeks to resolve. 2, 3

Why does MCE exclude CARB from the list of agencies that it claims support its GHG emission accounting practices when, according to MCE’s bullet 1, MCE is in good standing with CARB?

Your false accusation: You have accused MCE of ‘greed’. Truth: MCE is a not-for profit agency with a long list of public benefits (see attached). Financial reserves of the agency are in place to protect against market volatility, provide for rate stabilization, and to bolster MCE’s credit standing in line with best practices by municipal utilities and other load-serving entities. MCE pays staff standard public sector compensation levels and does not pay any bonuses or stock shares to staff. Many equivalent jobs in the private sector pay much higher salaries (including executive salaries which are typically in the millions) and frequently supplement salaries with added bonuses and stock options. These discrepancies can sometimes create challenges in attracting staff to the public sector, but tend to result in a public sector staff base that is very ‘values’ driven.

PG&E, SMUD, Southern California Edison, LADWP, and SDG&E also provide public benefits programs, which are predominantly driven by State and Federal policy, and paid for by taxpayers and ratepayers.

Citing these programs does not deflect attention from MCE’s broken commitment of paying its ratepayers’ PG&E exit fees. The $118 million that MCE plans to bank belongs to MCE ratepayers in the form of your commitment to pay all MCE customers’ exit fees levied by PG&E; MCE essentially strips this money from hardworking ratepayers who believed your commitment.

Finally, to deflect attention from your proposed $332,000 salary, you refer to private-sector publicly traded energy businesses that are many thousands of times larger than MCE on a market capitalized basis. However, MCE is a public agency.

Further, your comparison is non sequitur considering that CPUC, CEC, and CARB face the same private-sector employment competition as MCE. Your newly proposed salary is approximately 2x what is paid to leaders of these government energy agencies. 4 , 5 This, after your comparatively short tenure at MCE, which sells fossil-based “clean” energy.

With respect to transparency and blind copies, this letter will be posted on The Marin Post. If you choose to continue responding in a back-and-forth manner, please post your comments on The Marin Post so that the entire community may read them.

1-- Filer: Troy Nordquist, Marin Clean Energy, 2/23/2018, CalCCA comments submitted to California Energy Commission for AB 1110 Rule making (implementation), sixth page (unnumbered): “[California Energy Commission] staff proposes that unbundled RECs not be included in the GHG emissions intensity calculation, and to be reported separate from the renewable energy categories of the PCL as a footnote to reflect the percentage of associated retail sales. CalCCA (MCE) disagrees with this approach and urges the staff to revise the proposal and reflect the retail sales of unbundled RECs based on their associated renewable energy sources.” (select “Cancel”) -