Speaking at a SPUR forum in February, former California Department of Housing and Community Development Director Ben Metcalf compared his old agency to the CIA. The analogy came to mind on the morning of May 25, as I attended HCD’s online “listening session” for people in the Bay Area to provide “input” into an updated Statewide Housing Plan. 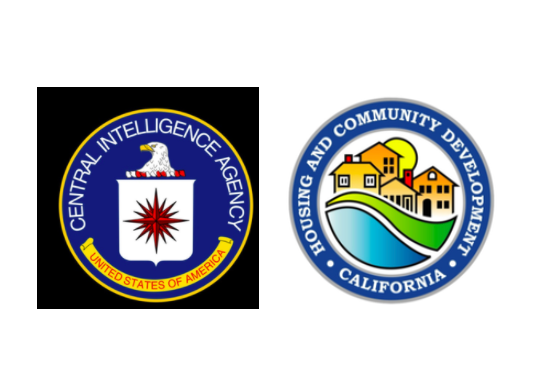 It’s all about manipulating the process.

“North” and “Valley” sessions had already taken place; future sessions were scheduled for the “Central Coast” (in the afternoon of May 25); for the “South” and “Tribal” (both on May 27); and for a tentative, non-regional “Make-Up Session” (June 6). Each one lasts 2.5 hours and has the same agenda: a half-hour introduction and presentation from HCD staff, followed by 15 minutes of “Housekeeping and Questions;” a ten-minute break; and breakout sessions lasting 75 to 90 minutes, each with ten or fewer people.

I only stayed for the first 45 minutes, partly because I had a prior engagement, and partly because I saw that HCD was recording the event, and I figured I could access the tape. I was curious to see how many others were attending, who they were, and what they had to say.

The staffers ran a poll that asked attendees to indicate whether they were “residents,” “advocates,” developers, media representatives, or a few other types that I didn’t catch. Thirty percent were developers; four percent were from the media.

What I didn’t expect was that I would get into a heated argument with the staffer who was moderating the event, HCD Data and Research Manager Mehgie Tabar. Our dispute occurred at the end of “Housekeeping and Questions.” It concerned the validity of breakout groups.

Thirty years of participation in public planning processes have convinced me that the point of small groups is to dissipate community authority. You’re only allowed to hear what the people in your group are saying; I want to hear what everybody says. What passes for staff “facilitation” is usually manipulation. The topics for discussion—in this case, land use, affordable housing, and finance—and the format are set ahead of time.

I raised my hand Zoom-wise, and Tabar called on me. I said I was a journalist and asked if the comments from all the breakout groups would be recorded. The answer was No, due to privacy concerns. I should have asked: Since when are comments made at a public meeting conducted by a public agency private?

Tabar said that HCD staff would be taking notes and that the comments would be posted in an appendix to the Statewide Housing Plan. I said that that would be at the end of the planning process. She said she meant the draft plan. Then she cut me off.

Tabar called on O’Connell, who also protested the plans to disperse the attendees, observing that the event was paid with public funds, and the public had a right to hear what its members were saying. Her objections were dismissed.

We’d reached the end of the 15 minutes allotted to “Housekeeping and Questions” and moved into the ten-minute break.

O’Connell and I had exchanged emails in Chat. Later in the day, I spoke with her. She told me that she lives in San Jose. “They want to break us up into these little tiny groups,” she said, “so nobody knows what’s going on.” She’d stayed for the breakout groups. There were three people in hers, plus three or four HCD staffers—in her apt assessment, “absolutely ridiculous.”

The meager numbers weren’t surprising, given that even at the end of “Housekeeping and Questions,” the session had only 44 attendees, including HCD staffers.

Still later on May 25, I filed a Public Records Act request with HCD, asking to see the video of the event’s opening session, the messages entered in the Chat sidebar, the notes taken by HCD staff during the breakout sessions, and any other records of the event as it transpired.

HCD’s announcement for the listening sessions is headlined: “We want to hear from you!” But apparently, HCD doesn’t want us to know what they’re hearing.

In the interest of democratic policymaking, that needs to change.