Senate Bill 35 was signed into law by Governor Newsom on 9/29/17. Its goal was to increase housing development by deconstructing local control of zoning and planning in the suburbs. The “micro-unit” warehouse just proposed for the corner of Grant Avenue and 4th Street, in Novato, is its realization.

The developers are proposing to demolition of the existing Novato Medical Center at 1316-1320 Grant Avenue and the single-family house at 1020 Fourth Street, and construct a new six story, 75-foot tall block of 227 units of super-high density, multi-family housing and mixed-use retail. The development site is approximately one acre, which means the housing density is over 200 units per acre, which even exceeds the density in most of the City of San Francisco.

For reference, the default multi-family housing density in most of Marin County is between 20 and 29 units per acre.

This building’s massive, institutional-looking edifice will tower over the properties next door, along 4th Street, which are all one story, single-family homes. This is an extraordinarily dense project that would be intimidating even in most parts of the San Francisco Bay Area, much less on Grant Avenue, which is mostly one-story high, sometimes two-story max., in old downtown Novato.

When completed, it will be the tallest building in Novato.

To accomplish all this, the developers are claiming “by right” zoning, minesterial review (no public hearings), “streamlining” (fastrack approval), non-compliance with all existing parking, height, and setback regulations, a density bonus of 80%, and other concessions and regulatory waivers.

Based on the drawings submitted, the building appears to be constructed of prefabricated “containers,” stacked on top of each other in a rigid steel frame, sheathed in a monotonous exterior skin. The units, themselves, are extremely compact micro-units—the types of unit that typically rent to young, urban professionals in major cities (translation: the unit interiors look like college dorm rooms). 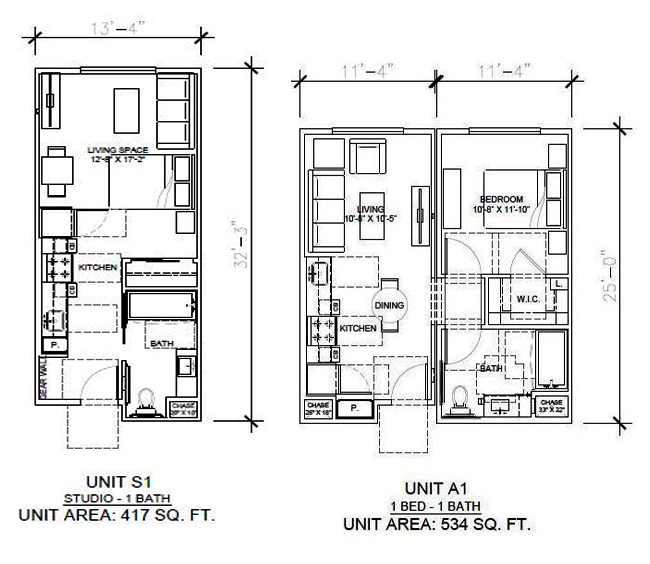 The developer states that the project will be 100% “affordable” housing. However, we should keep in mind that “affordable” includes earnings of up to 120% of Novato’s median income, which is currently about $108,000 per year (median income is approx. $89,800 per year).

There justifications for their proposal are based on new State Law.

In their letter to City of June 5, 2020, regarding “SB 35 Streamlined Ministerial Process Eligibility,” the developer writes,

“The Grant Avenue Mixed Use project is eligible for streamlined ministerial processing (SB 35) as detailed in this memo. SB 35 creates a streamlined ministerial process for housing projects that meet certain eligibility requirements located in jurisdictions that have not met their Regional Housing Authority numbers. The State’s Department of Housing and Community Development (HCD) determines the percentage of affordability a project needs in each jurisdiction in order to assist in progressing toward their Lower Income RHNA numbers. HCD determined that the City of Novato has made “insufficient progress” toward their Above Moderate income RHNA goal and is therefore subject to the streamlined, ministerial process for those eligible projects that provide at least 10% affordability.” [Emphasis added]

To be clear. An unelected, politically motivated government agency can now pass judgment upon locally elected governments, as to what constitutes “insufficient progress,” in their sole opinion, and that judgment now has legal ramifications, among which is the loss of the powers of that democratically elected body.

And if that locally elected government fails to comply, a private, for-profit developer can now sue for compliance and damages, and in a court of law, that city must now prove its innocence. The plaintiff is no longer required to prove the city’s guilt in the alleged violation. It is taken as a fact, as a matter of law.

This is the world that our politicians, their corporate donors, and their YIMBY chorus want. All I have to say is, “Be careful what you wish for.”

The developer’s go on to note that,

“…this development is “not subject to a conditional use permit if the development satisfies all of the following objective planning standards” pursuant to Government Code §65913.4(a).”

“The Project is located within the U.S. Census urbanized area boundary for San Francisco-Oakland.” [Emphasis added]

Based on these regulations, the developer can disregard the Novato parking regulations and states that they will only provide 51 parking spaces for the entire project.

“Pursuant to SB 35, a proposed development within one-half mile of public transit shall not be imposed with any parking standards [§65913.4(d)(1)(A)]. Within one-half mile of the project is the Marin Transit Bus Stop located at Grant and Redwood Avenues and Sonoma-Marin Area Rail Transit station. 51 parking stalls are provided to be used by both retail and residential uses.”

A “bus stop” within a half mile away qualifies as adequate "public transportation!?

Think about that for a moment: 51 parking spaces for 227 units and all the retail space and all the guest parking for the resident’s visitors. Under Novato’s existing parking code, 314 spaces would be required. That means at least 176 cars will have to park on the surrounding streets.

Good luck living within a half mile of this monstrosity. It will make parking in North Beach, on a Saturday night, look easy by comparison.

According to the developer, the proposal is also allowed to take full advantage of the recently revised California State Density Bonus law.[1]

“AMG & Associates, LLC (the “Applicant”) is requesting a density bonus and development concessions and waivers for the aforementioned subject property pursuant to State Density Bonus Law. The proposed project consists of 227 units and will be 100% affordable to lower-income households, as defined in Health and Safety Code §50079.5. Pursuant to State Density Bonus Law, a project that meets this affordability level is permitted an 80% density bonus. Therefore this property is permitted up to a 3.6 FAR (2.0 FAR permitted under the General Plan x 80% density bonus). The proposed project utilizes a 74.5% density bonus resulting in a FAR of 3.49 and 227 units.”

“Pursuant to §65915(e), the Applicant is requesting two concessions and one waiver for the subject property as they would result in actual, identifiable costs and allow the property to be developed at the permitted density.”

Those concessions and waivers include:

“Building Height [NMC §19.12.040 Table 2-8]: This standard requires that projects within the Downtown Overlay zone have a maximum height of 45 feet for the habitable floor area. This project proposes a building height of 75 feet.

How did this happen?

This proposal is a tutorial on the labyrinth of laws that have been passed in the past 12 years to eliminate suburban life. In layman’s terms, the Grant and 4th project makes Corte Madera’s “Wincup” apartments look like child’s play.

The majority of Marin's sclerotic elected officials paid little attention to the passage of SB 35 or the slew of other laws passed almost daily, ever since, which dramatically reduce local government’s right to control its growth, zoning, and planning. It’s not that they haven’t been warned. But, either they just don’t care or it’s all been just too complicated for them to wrap their heads around.

Or perhaps, it’s because much of it sounded good on paper—hitting all the right progressive high notes—but they didn’t bother contemplating the details.

Notably, both Senator McGuire and Assemblyman Levine enthusiastically voted for SB 35 and every one of the other laws proposed since. It seems they could care less what the community and financial impacts on Marin cities will be. Yet, I've never seen any local representatives hold them accountable.

What a tight clique.

The only problem is that the costs of supporting housing and all the public services, infrastructure, and other things (schools) it requires, typically, far surpass the tax revenues housing generates. Those costs eventually always flow downhill onto the shoulders of the city’s taxpayers.

227 micro-units on a relatively minor thoroughfare in a family-oriented suburb that’s a 45 minute commute to San Francisco (jobs) on a good day. This project is absolutely perfect for young, urban professionals who need a location that is close to jobs and who crave city life: the restaurant scene, the bars and clubs, the entertainment and shopping and exciting vibe of the city.

Hey, what could go wrong?

Novato is a family-oriented community. It has no hip “nightlife,” and no entertainment or restaurant “scene.” Currently, Novato only has about 28,000 employed residents, so this building is adding 1% to that workforce. That's a heck of a bet for one project to stake its demographic future on.[2]

I’d like to just to mention something that every Marin teenager will tell you. When a young person in Marin, who might see a micro-unit as a step up from their other options, reaches the age when they have their shot at independence, they move out of Marin, not into it.

Bob Silvestri is a Mill Valley resident and the founder and president of Community Venture Partners, a 501(c)(3) nonprofit community organization funded only by individuals in Marin and the San Francisco Bay Area. Please consider DONATING TO CVP to enable us to continue to work on behalf of Marin residents.