The LA Times reports that "Michael Levitt, a Nobel laureate and Stanford biophysicist, began analyzing the number of COVID-19 cases worldwide in January and correctly calculated that China would get through the worst of its coronavirus outbreak long before many health experts had predicted."

Levitt, who was able to accurately predict the peak of the coronavirus epidemic in China, believes that he's seeing similar signs in some places around the world, and that recovery may be quicker than the mainstream media is predicting. 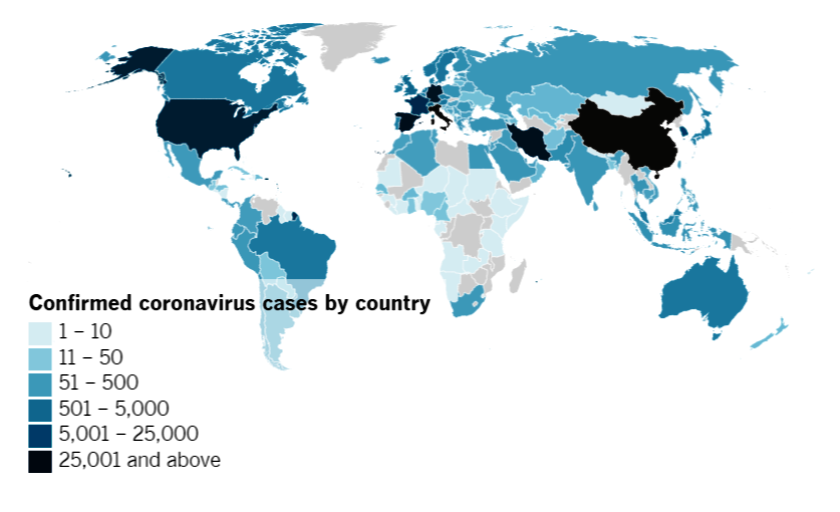 According to the LA Times reporting,

"He analyzed data from 78 countries that reported more than 50 new cases of COVID-19 every day and sees “signs of recovery” in many of them. He’s not focusing on the total number of cases in a country, but on the number of new cases identified every day — and especially on the percentage growth in that number from one day to the next."

“Numbers are still noisy but there are clear signs of slowed growth.”

"The trajectory of deaths backs up his findings, he said, since it follows the same basic trends as the new confirmed cases. So do data from outbreaks in confined environments, such as the one on the Diamond Princess cruise ship. Out of 3,711 people on board, 712 were infected and eight died."

Still, Levitt is not saying that everything is fine and we should go out drinking at a bar, but he blames the media for causing what he considers to be "unnecessary panic by focusing on the relentless increase in the cumulative number of cases and spotlighting celebrities who contract the virus."