Why the Fed is wrong about the need for aggressive rate hikes.

Until it becomes impossible to avoid admitting that there's bad economic news, government spokespersons always deny it and even double down on whatever misguided policies they are pursuing. When the inevitable economic/market catastrophe occurs, the talking points immediately pivot to, “No one could have seen this coming”... even though many did.

The most infamous examples of this were in 1929, when government economists said the stock market had reached a permanent, high plateau and in the summer of 2008, when Federal Reserve Chairman Alan Greenspan said that there was no risk of ‘contagion’ to the general economy from the problems in the housing markets. That was about 2 months before Lehman Brothers collapsed.

Today, the Federal Reserve continues to discount any concerns about a significant recession in our future. They say they are intent on slowing down the economy and increasing unemployment to "fight inflation." It’s likely that, once again, they may get more than they bargained for.

Housing is not a short-term indicator

As I noted in last week’s article, current housing (for sale and rental) price data is a lagging indicator and it can be, if misinterpreted, the worst indicator that anyone can use to predict the near future. So, of course, the Federal Reserve has chosen it to be among its most watched and most heavily weighted to decipher what interest rate policy should be.

Recent data from a National Association of Home Builders (NAHB) market survey, about housing development trends and “work started” on the construction of new housing units (see chart below) fell to 38 from the mid-40s, this month and is approaching its April of 2020 low point. And the rate of fall has been extremely rapid.

This means that the number of housing units that will come to market next year will be far less than this year. As it stands, we all know that we are not building enough homes, much less any affordable ones. 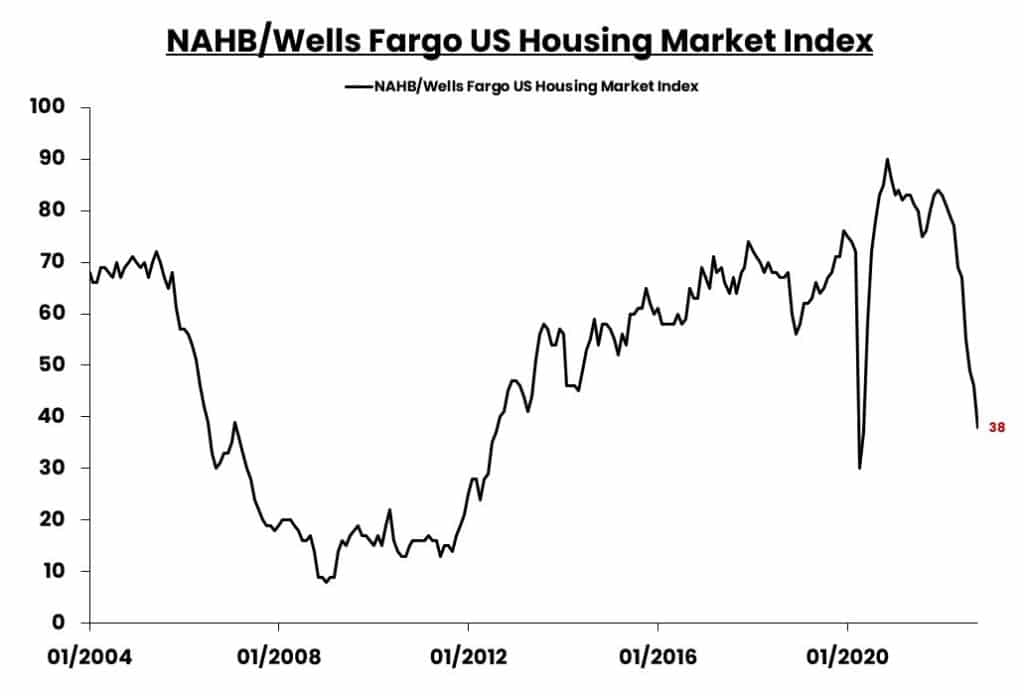 A recent Bloomberg survey indicates that the odds of a recession (if we’re not already in one) are now 100%.

According to news reports the survey,

“….utilizes 13 macroeconomic and financial indicators to assess the odds of a downturn from one month to two years in the future.”

“Fears of a deep recession have surged in recent months as the Fed hikes interest rates in a bid to cool inflation. Investors believe the Fed risks “overtightening” monetary policy in reaction to higher prices and driving the economy into a sustained downturn.”

The Conference Boards’ Leading Economic Index ("LEI") is based on a combination of major economic indicators, including manufacturing, unemployment, building permits, credit conditions, stock prices, among others. Historically, it has one of the best track records for predicting future recessions. In fact, its track record is perfect.

Right now, it is saying that the odds of a recession are 100%. 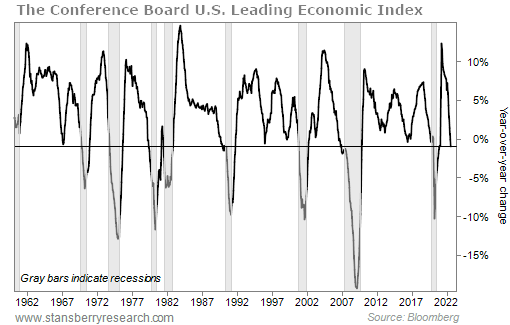 Every time in its history, when the year-over-year change fell below 0%, we have had a recession that had already started or started within the following 10 months.

As goes housing, so goes unemployment

The Fed is determined to keep raising interest rates until more people are laid off and unemployment rises. Today, the U.S. Labor Department reported that weekly unemployment fell to only 214,000 claims reported. Because of this, the Fed and the media have concluded that interest rates must continue to rise, and rise fast, to contain inflation even while home builders across the nation are saying that “the situation is unhealthy and unsustainable.”

So, the question should be, is there a correlation between homebuilding starts and future unemployment?

According to the data shown in the chart, below, the correlation is very strong. It displays the relationship between the housing starts from the National Association of Home Builders index and unemployment claims. It shows that housing start trends portent future unemployment, almost perfectly, even though the lag time varies. 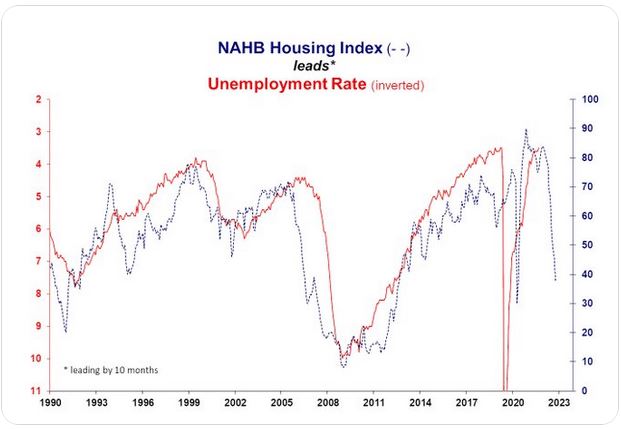 This chart is indicating that unemployment (the red line, which is, oddly, shown inverted on this chart) is about to start rising very quickly, (meaning the red line will start falling) following the dramatic fall in housing starts. Those statistics should start showing up by mid-November.

Once again, it’s likely that the Fed will be caught looking the wrong way when the ‘facts hit the fan.’

But, you might ask, how do we know that interest rates are the main thing impacting housing starts? What about the much-talked-about supply chain issues?

Well, according to the chart below, other than in special situations (e.g., the Chinese lockdowns have crippled the auto industry that has relied heavily on China for parts and chips), supply chains (the darkest line on the chart, below) have pretty much returned to normal. 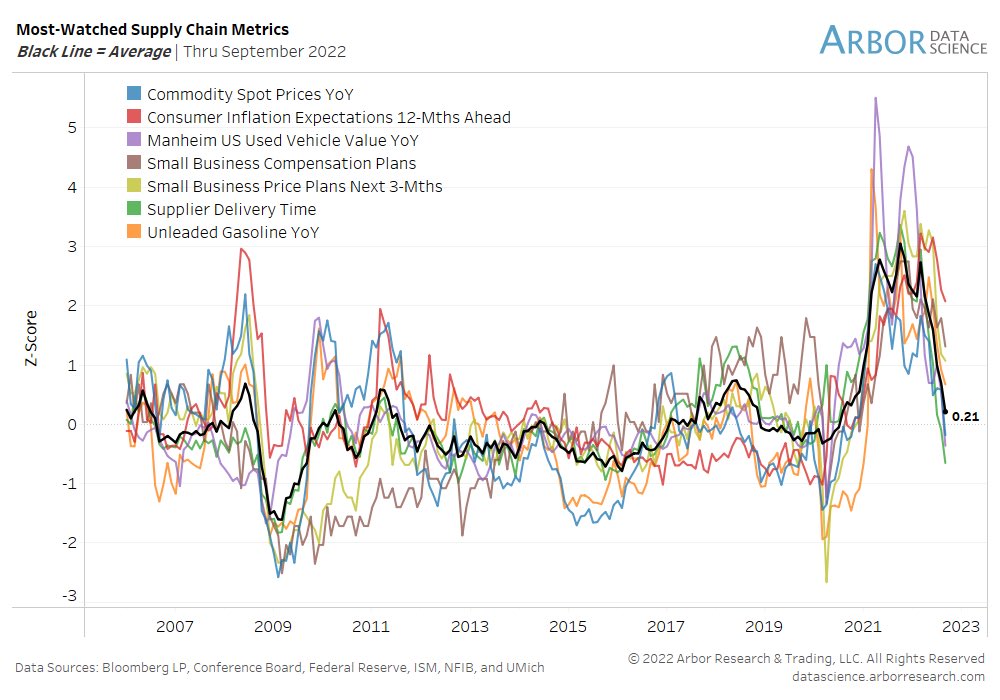 In Fed we trust?

Last year, at this time the Fed was saying that inflation was 'transitory' and predicting that there would be no need to raise interest rates in 2022. We have now witnessed the fastest rise in short term interest rates in history and the tradition '60/40 investment portfolio' (60% stocks and 40% bonds) has had the worst performance in the past 100 years.

So much for the Fed's prognostication skills.