On Monday, January 10, 2021, Judge Andrew Sweet of the Marin County Superior Court issued a ruling in favor of the Watershed Alliance of Marin and Friends of Muir Woods Park (the Petitioners), overturning Marin County's approval of the Dipsea Ranch homes subdivision. The development, proposed by Developer Daniel Weissman, is planned for an 8+ acre site that sits at the top of Redwood Creek in Muir Woods.

The suit was brought against the County by Watershed Alliance of Marin (WAM), a 501c3 non-profit, and Friends of Muir Woods Park, comprised of 150 concerned neighbors. Neither the County nor the Developer contested the preliminary ruling at a hearing on Friday, January 7th.

The Court ruled that the County’s study failed to comply with CEQA’s basic informational disclosure requirements because:

“The IS/MND also acknowledges that Redwood Creek provides habitat for Coho salmon and Steelhead. (AR 67, 105) Given these important characteristics of the Project site, the description of the Project is lacking in that the specific plans for excess fill from the Project's grading activities are not addressed.” 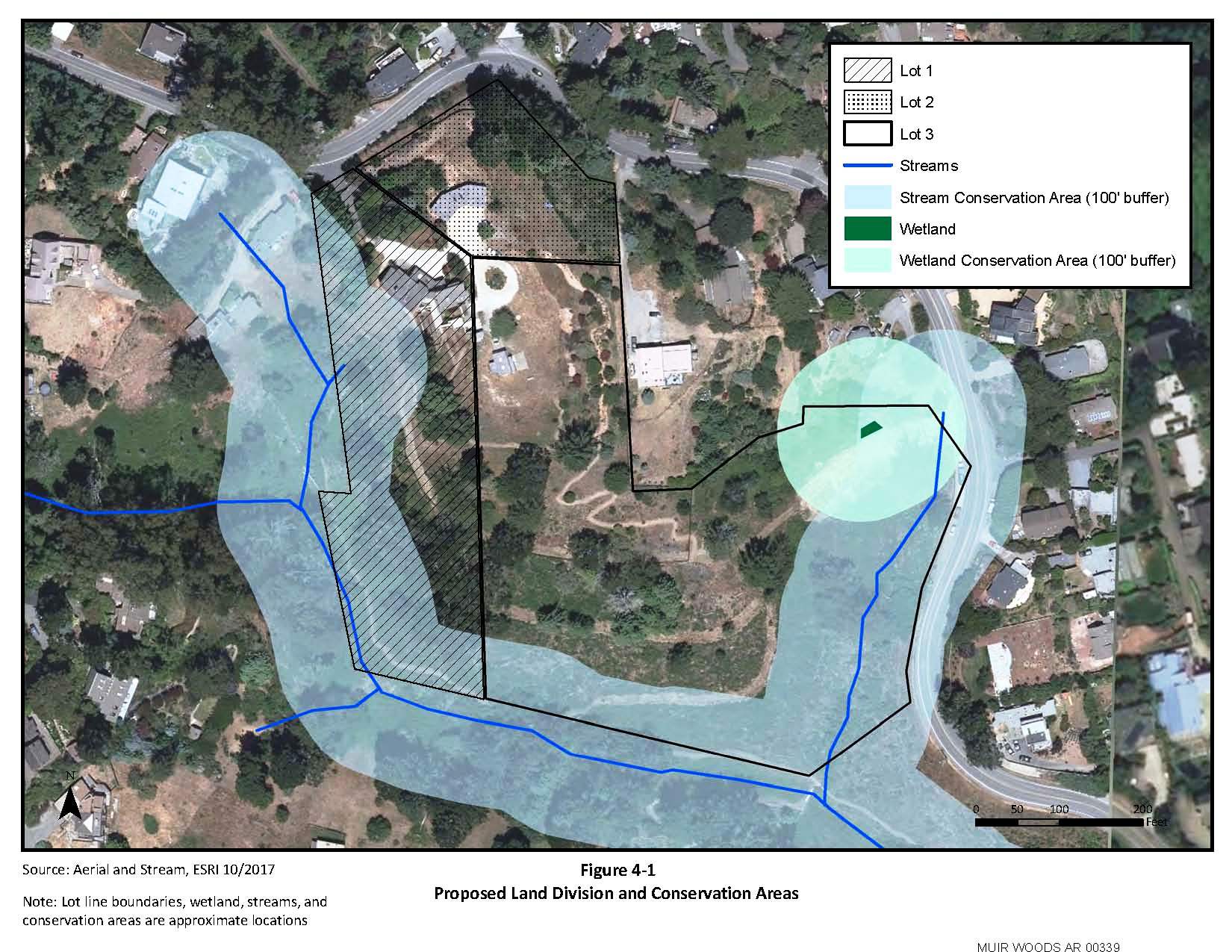 Recent, historic rains have brought the nearly extinct Coho salmon back to some Marin County creeks. Redwood Creek, which runs through Muir Woods, is crucial to these spawning salmon, whose numbers are in the single digits from the most recent data. Yet the Redwood Creek watershed, like Lagunitas Creek in San Geronimo, is under threat due to climate change and developments that deposit sediment into salmon redds. (the gravelly areas in creeks where salmon spawn, smothering both eggs and newly hatched fish)

The County has been aware of these threats. Two years ago, the County was found to have violated CEQA by failing to even prepare any CEQA document for potential development that would adversely affect endangered salmon in Lagunitas Creek. The County has lost or been forced to settle numerous CEQA, planning and other government transparency law cases in recent years, including lawsuits regarding Lagunitas Creek, Alto Bowl, the San Rafael Rock Quarry and the State’s Open Meetings Brown Act.

At the 2020 Planning Commission and Board of Supervisors hearings, community and environmental groups, including the local Tamalpais Design Review Board, asked for an EIR due to the fragile downstream habitat at risk and an improperly built access road located atop a landslide. The Geotechnical Report supplied by Mr. Weissman concluded that any further road use would exacerbate the unstable soils, which could spill sediment into downstream Redwood creek. However the County refused to analyze the instability of the road or its future use and the Judge Sweet found the County violated CEQA by ignoring these facts.

The Court also agreed with the Petitioners that the County's Initial Study failed to adequately address drainage from the proposed subdivision that would run through a wetland conservation area when nearly all of the proposed drainage ran directly through that fragile area.

“The lands upstream from our National Monument of Muir Woods deserve better than the shoddy, incomplete analysis the County has performed thus far,” said Andrea Montalbano, a neighborhood resident and member of the Tamalpais Area Design Review Board.

The Court did not rule that an EIR must be prepared but instead invalidated the approvals, which means the County must again consider what level of environmental assessment it will conduct if Mr. Weissman pursues the development.

The County previously only assessed the impacts of 2 or 3 dwellings that were specifically approved in the subdivision. However, Mr. Weissman’s current proposal could result in as many as 18 dwelling units being built without any environmental review because of recent changes to the State laws that exempt lot splits and additional dwelling units from CEQA impact analysis.

Mr. Yates noted that “the County refused to even look at such reasonably foreseeable future development.”

Supervisor Dennis Rodoni said in meetings with the Petitioners that he sees this as "a simple lot split" and is more concerned about being sued by Mr. Weissman than by concerned neighbors and environmental groups like WAM and the Sierra Club. This is potentially because if Mr. Weissman sues the County for failing to approve his project, the County must pay to defend itself but if the County is sued by environmental advocates, the developer must pay for the County’s legal defense.

“With environmental degradation and devastation so prevalent in the news today, the County Supervisors and Planning Commission should not sidestep environmental considerations but should put them at the forefront of their concerns about the future.”