“The last brouhaha relates to tolerating dubious practices by Tam Union’s school foundations. They’re in the bad habit of soliciting tax-deductible charitable donations and then effectively laundering the cash, spending it to promote district tax campaigns.”

This raises the question, who are the organizations that are donating to these Tam Union school foundations?

On November 8th, 2020, I received an email from one of Tam Union's school foundations, the HS 1327/Drake Fund, touting their largest year-over-year donation from SchoolsRule-Marin. They wrote,

“We are excited to announce that SchoolsRule-Marin recently distributed $650,000 to Marin County Public Schools via our district and school foundations. The [HS 1327/Drake] Fund received a check for $23,247.

“SchoolsRule-Marin continues to be our single largest donation year over year. We are proud to be a part of this wonderful coalition working together with every public school foundation in Marin to benefit every student in our county.”

So, who is SchoolsRule-Marin and why is this donor supporting district tax campaigns and school services? Well, examining the SchoolsRule-Marin website, I found that contributions larger than $5000 were spotlighted:

“We would like to thank the businesses on this page for their generous donations of $5,000 or more. We happen to think they rule.” 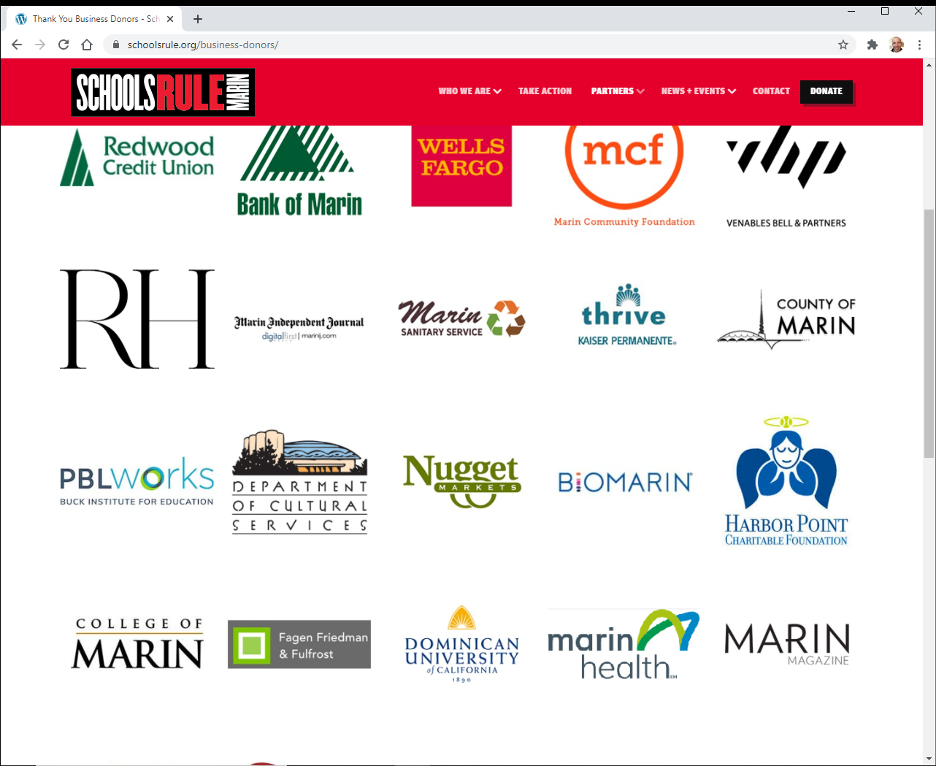 Let’s think about the appropriateness of 5 of these major donors giving money to fund district ballot measures for more school taxes.

One would think that the Marin IJ would not want to be part of what Dick Spotswood called “laundering,” right? Isn't this in conflict with their responsibility to be a trusted news source when they report on tax measures?

Wouldn’t it be more equitable if these funds went toward reducing the costs of trash hauling fees for all Marin County residents?

“An officer, employee, or consultant of a local agency may not expend or authorize the expenditure of any of the funds of the local agency to support or oppose the approval or rejection of a ballot measure, or the election or defeat of a candidate, by the voters.”

So, has the County made sure that taxpayer dollars do not end up in a campaign fund supporting a ballot measure? I’ve found no evidence that they have.

This is another case of a government department giving away public funds to pay for tax measures they support for political purposes.

This one makes my head hurt. Taxpayers fund a community college, ostensibly to go directly toward the college’s educational needs. Then that college decides, on its own, to give that money to the other public schools? The public has already decided how much money each public entity should have based on which schools they gave it to or passed tax measures to fund.

The funds given to College of Marin are not theirs to give away.

Here are the banner causes of the HS 1327/Drake Fund: 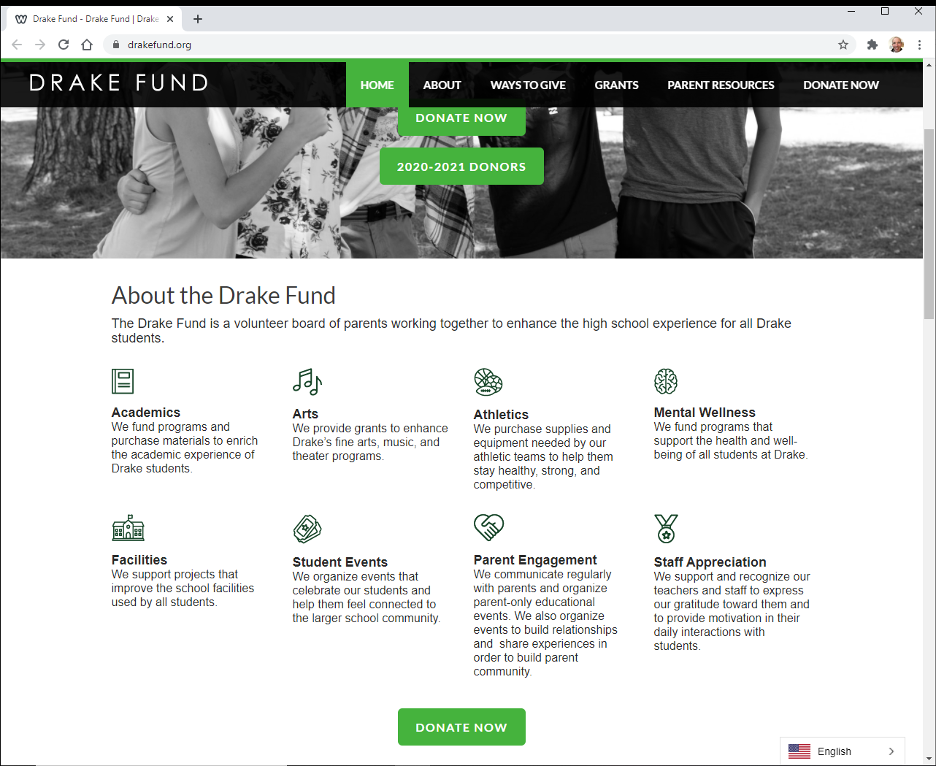 We can stop this.

Every donor, to either one of Tam Union's school foundations or SchoolsRule-Marin, should demand that no foundation money will be used for political campaigning. If the foundation does not agree to this demand, then the check should not be cashed. To drive home the point, I suggest including a short letter to this effect with your donation-check and a self-addressed postage-paid envelope for them to return your uncashed check if they will not meet the demand. In fact, a single large donor could probably fix this nagging problem, completely.