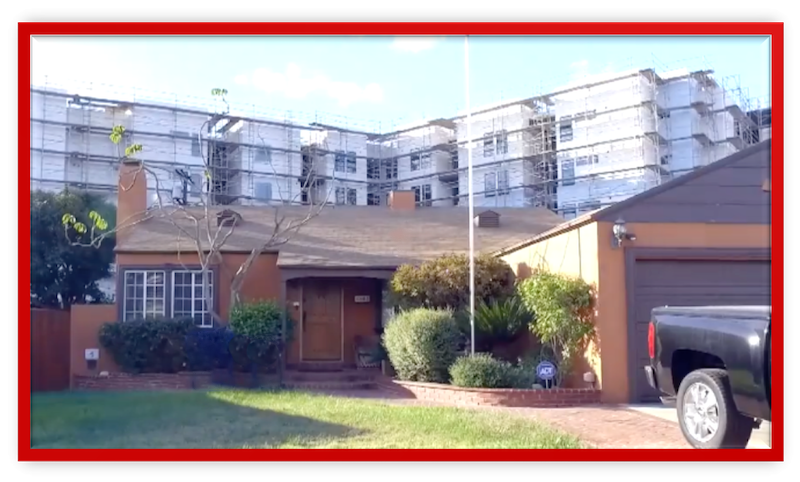 Click HERE to quickly send opposition emails to State Senators who are members of the Senate Appropriations Committee. You will be taken to Livable California's auto-letter page. There, Livable California briefly summarizes each bad bill. Under each bill's summary, you can hit "Click to Send" and a prepared opposition email will appear. You can ADD or SUBTRACT any wording you wish. Fill in your name and email address, click on "Sign Now", and then, spread the word!

Especially concerning is Senate Bill 1120 because it would destroy single-family neighborhoods.

Hence, the bills have been fast-tracked with virtually no media coverage. The public is unaware. Therefore, besides contacting the State legislature, we need you to spread the word and influence others to take action also.

1. Call & send opposition emails/letters to the Senators who are members of the Senate Appropriations Committee:

Please click HERE to quickly send opposition emails to Senators who are members of the Senate Appropriations Committee. You will be taken to Livable California's auto-letter page. There, Livable California briefly summarizes each bad bill. Under each bill's summary, you can hit "Click to Send" and a prepared opposition email will appear. You can ADD or SUBTRACT any wording you wish. Fill in your name and email address, and then click on "Sign Now".

If you wish to compose your own letter and be counted in the official record, then please submit your position letter to the "California Legislature Position Letter Portal": https://calegislation.lc.ca.gov/Advocates/faces/index.xhtml

Most importantly, single-family neighborhoods are greatly treasured and must be protected. We urge you to oppose any legislation that increases density, streamlines the permit review process, or lowers parking requirements in single-family zones.

3. Contact your City Councilmembers and County Supervisors and ask them kindly to help oppose these bills. Let them know how cherished our single-family neighborhoods are:

Email this article to all your contacts.

Copy and paste the link to this article on Facebook and other social media.

Senate Bill 1120 (Atkins & Wiener): Subdivisions: tentative maps: A frontal attack on single-family homes, SB 1120 lets developers overrun almost all single-family streets in California with 4 market-rate homes. This bill would streamline the process for a homeowner to create a duplex or subdivide an existing lot in single-family neighborhoods. Proposed development would be considered ministerially, without discretionary review or public hearings. Off-street parking requirements would be reduced to just one space per home.

More specifically, Senate Bill 1120 requires cities and counties to permit ministerially either or both of the following, as long as they meet specified conditions:
• A housing development of up to two units (a duplex).
• The subdivision of a parcel into two equal parcels (urban lot split).

A single-family residential parcel could be split and then each half could be turned into two separate duplexes, resulting in a total of 4 housing units.

SB 1120 allows a local government to adopt ordinances to implement its duplex and urban lot split provisions and provides that the adoption of such ordinances are not subject to the California Environmental Quality Act (CEQA).

Yet, the bill would prevent any environmental review of those potential impacts. It is unacceptable that the public would have to live with the consequences of housing projects that were not fully vetted and whose impacts were not mitigated and alternatives not considered.

Moreover, the bill would create unfunded mandates. There is no funding for dealing with the above listed impacts and the bill provides an official sidestep of addressing this issue. The bill states; “SEC. 5. No reimbursement is required by this act pursuant to Section 6 of Article XIII B of the California Constitution because a local agency or school district has the authority to levy service charges, fees, or assessments sufficient to pay for the program or level of service mandated by this act, within the meaning of Section 17556 of the Government Code."

Senate Bill 902 (Wiener) Planning and zoning: housing development: density: This bill permits a local government to pass an ordinance to zone any parcel (including those in single-family zones) up to 10 units of residential density per parcel, at a height specified by the local government in the ordinance, if the parcel is located in a transit-rich area, a jobs-rich area, or an urban infill site, as specified. Moreover, such ordinances would not be subject to the California Environmental Quality Act (CEQA).

SB-1085 changes the State Density Bonus Law. A "Density Bonus" is a gift to developers who build a certain percentage of affordable housing. A density bonus provides an increase in allowed dwelling units per acre (DU/A), Floor Area Ratio (FAR), or height, which generally means that more housing units can be built on any given site. A bonus can also lower parking requirements. Since it is a State Density Bonus, a local government must grant the bonus to a developer who meets the law's criteria for affordable units, even though the result would be a housing complex that is much larger with many more units than that allowed by the local zoning.

SB-1085 would apply to a housing development of five or more units.

In addition, the bill would significantly lower the housing fees that developers of multi-family housing typically have to pay. These fees are supposed to pay for the new improvements to local infrastructure and public services that would be needed for the new development. Subsequently, the bill would raise local homeowner's property taxes because homeowners would have to pay for the fees that the developers wouldn't be paying.

Overburdened local communities (local governments and homeowners through increased property taxes) would be left to pay for the resultant adverse impacts and the necessary augmentation of infrastructure and public services, while developers’ profits rise.

Assembly Bill 725 (Wicks): General plans: housing element: moderate-income and above moderate-income housing: suburban and metropolitan jurisdictions: The Planning and Zoning Law requires that the housing element include, among other things, an inventory of land suitable for residential development, to be used to identify sites that can be developed for housing within the planning period and that are sufficient to provide for the jurisdiction’s share of the regional housing need determined pursuant to specified law. This bill would require that at least 25% of a metropolitan jurisdiction’s share of the regional housing need for moderate-income housing be allocated to sites with zoning that allows at least 2 units of housing, but no more than 35 units per acre of housing.

Proposed Assembly Bill 1279 targets localities determined by the Dept. of Housing and Community Development to have not met their share of the regional housing needs for the reporting period.

According to the Assembly Floor Analysis:
AB-1279 requires certain development sites in “high-opportunity areas”, which are designated by the Dept. of Housing & Community Development, to allow for more density and height and makes these sites subject to "use by-right" approval. "Use by right" eliminates discretionary review, public hearings and environmental review in accordance with the California Environmental Quality Act.

** "High-Opportunity Areas" are neighborhoods with high quality public schools, proximity to well-paying jobs, and a clean and safe environment.

In “high-opportunity areas” zoned for single-family residential development, a housing project would be allowed to consist of up to four residential units with a height of up to 20 feet, provided the units are affordable to households making 100% the area median income. The units can be affordable to higher income households if the developer pays a modest “in lieu fee”.

In “high-opportunity areas” zoned for residential use that are at least one-quarter acre in size and located on a major street and/or the central business district, the development project would be allowed to consist of up to 40 residential units with a height of up to 30 feet, provided the units meet certain affordability targets.

If the parcel exceeded one-half acre in these prime locations, a project that had at least 50% low-income and very-low income households would be allowed to have up to 100 residential units with a height of up to 55 feet.

Opposition: AB 1279 mandates the CA Dept. of Housing and Community Development (HCD) to designate certain middle-class areas, including single-family neighborhoods, as “High Opportunity Areas”, which would be targeted and transformed into dense market-rate rental communities.

Once again, please help to oppose these bills, save our single-family neighborhoods, and preserve the quality of life in Marin County and in California.

Thank you in advance for taking action. Together we can make difference!