California cities are currently besieged by state agencies to radically change their local zoning ordinances for Accessory Dwelling Units (ADUs), because of a slew of recently passed laws in Sacramento. This legislation has wiped out years of local democratic process and community efforts to craft reasonable and equitable ADU laws that work within the constraints of each of our communities.

Although the majority of us support allowing ADUs, in Marin County, the state's top-down approach is particularly problematic because of the unique character of our housing stock, our geography, and our somewhat unique emergency preparedness challenges.

My hometown of Mill Valley is among those cities now trying to adapt to the new state laws. With that in mind, I recently wrote to city officials about how we might respond to the state and challenge their requirements in cases where compliance would be detrimental to the health, safety, and general welfare of our residents.

The following are excerpts from that letter.

I am submitting these comments regarding the analysis and recommendations noted in the Planning Department Staff Report, dated January 30, 2020. I am grateful that the City has decided to take this time to review the complex issues raised by the state’s recent onslaught of ADU regulations. In general, these laws are written in the most generic fashion and will be difficult to adapt to the unique circumstances in our city.

The new State Laws regarding ADUs and JADUs, principally AB68, AB881, SB13, contain provisions that provide cities with the ability to make reasonable arguments as to why the adoption and implementation of these laws should be conditioned upon local circumstances and conditions.

The City of Mill Valley should make every effort to benefit from these provisions. Regarding AB 881, please consider the following:

Section 65852.2 of the Government Code is amended to read:

“65852.2. (a) (1) A local agency may, by ordinance, provide for the creation of accessory dwelling units in areas zoned to allow single-family or multifamily use.

“The ordinance shall do all of the following:

As noted below, the Staff Report acknowledges this. These provisions are repeated in each of these laws, most likely because the fundamental “police powers” of cities are granted in the California State Constitution and in well established in case law, and because of the need to accommodate situations where the strict adoption of the State’s new ADU laws might cause harm or violate the city’s duty to ensure the health, safety, and general welfare of its resident.

“A county or city may make and enforce within its limits all local, police, sanitary, and other ordinances and regulations not in conflict with general laws.” Cal. Const. at. XI, section 7.”

However, when such conflicts with general laws (which may or may not pertain to the new ADU laws) arise and they impact the health, safety, and general welfare of the residents, an argument can be made if sufficient reasons exist.

Mill Valley qualifies for this consideration. In Mill Valley, those conditions relate to fire hazard and emergency evacuation, which are a matter of record.

I believe a reasonable legal argument can and should be made by the City of Mill Valley (perhaps, in collaboration with other cities in Marin) that all areas known to be in “Very High Fire Hazard Severity Zones” in LRA, as recommended by CAL FIRE, should be exempt from the “by right” provisions of the new ADU legislation.

It is simply irresponsible and extremely dangerous to allow the populations in these officially designated areas to potentially double in size. Consider this CAL FIRE hazard map of Mill Valley.

The VHFHSZ areas are extensive. 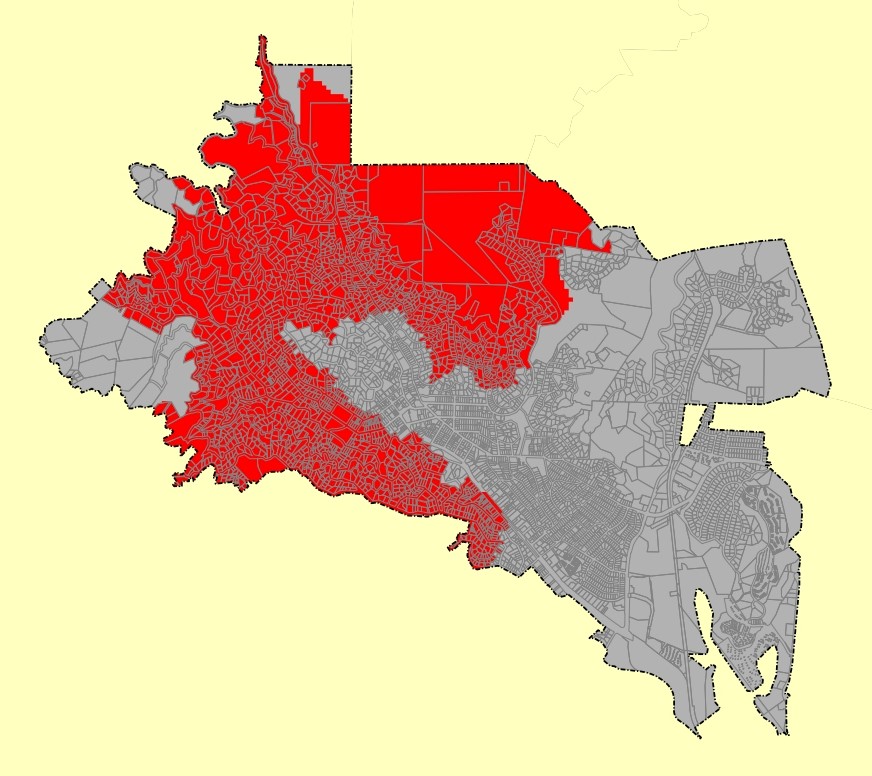 For a full sized map of the parcels impacted by the VHFHSZ designation, please see: https://osfm.fire.ca.gov/media/5858/mill_valley.pdf

Keep in mind that Mill Valley is somewhat unique in the North Bay for the number of homes it has located in the VHFHSZ. This is an important life safety consideration. See the County CAL FIRE map, below. 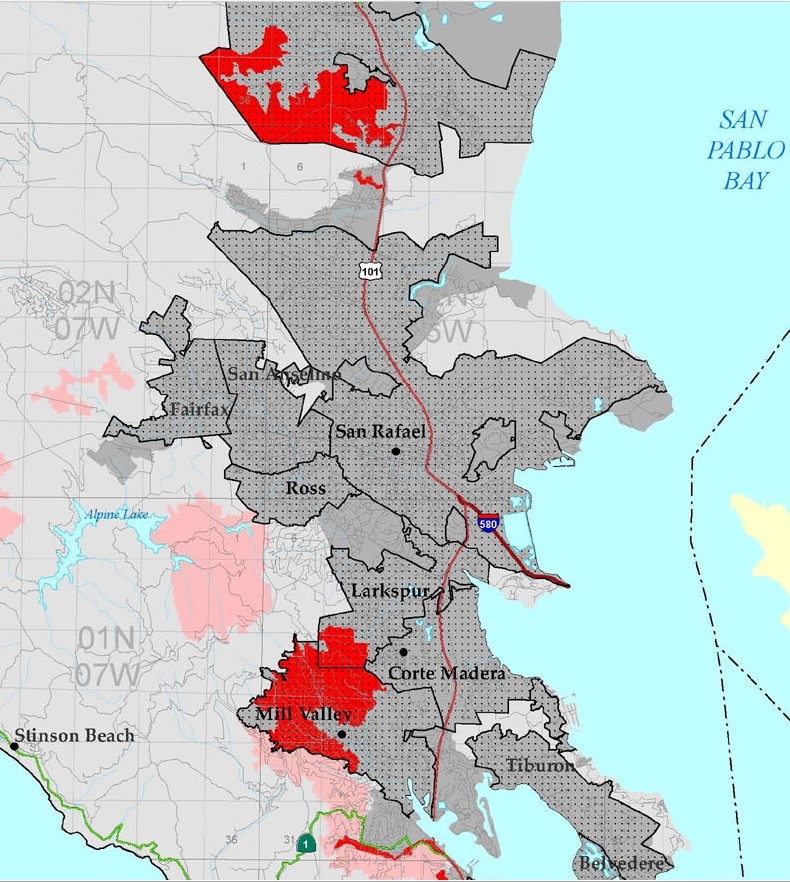 “State law allows a City to establish regulations to address “traffic, fire and safety concerns.” However, as the State Law is written, it is very difficult to apply such specific regulations without an outright ban of ADUs.”

I disagree with the staff’s conclusion. The ability of Mill Valley to hold that the “by right” provisions of the State ADU laws should not apply in the areas designated as VHFHSZ is compelling, reasonable, and aligned with the most fundamental responsibilities of a city. Such an ordinance would not be an outright ban of ADUs and not apply to other sections of the city.