A game-changing Study from Embarcadero Institute shows our major cities are fast-approving too much luxury housing, under rules set by the legislature. The comprehensive study states that

Contrary to popular thinking among some academics and legislators, that cities and counties refuse/fail to permit housing, the latest state numbers show that cities and counties are in fact keeping up. But they are far exceeding their market-rate housing targets, while falling far short on their affordable housing targets. The 14 counties have issued permits for nearly 300,000 new market-rate housing units, yet only about 140,000 were required by the state housing department.

The Embarcadero Institute's new study charts reveal how false "trickle down" luxury housing theories are. The media “housing crisis” has it dead wrong. The legislature is being misled by a few Senators who are pushing their own political agenda.

Big counties will easily blow past the state’s housing approval goals in 2025.

Wiener has wasted 3.5 years pushing his thrice-rejected ideas, when legislators could have been financing thousands of affordable units

See the county-by-county charts below. Click images to enlarge. 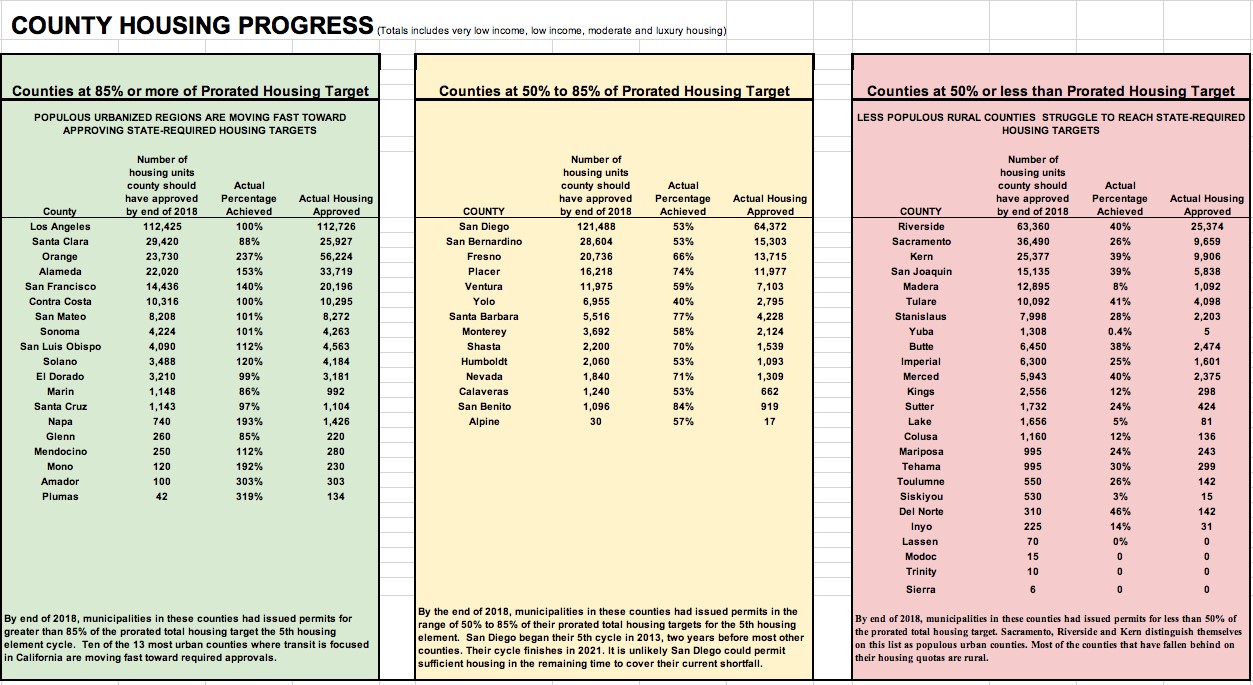 The Embarcadero Institute Studies show that 10 of the state's 14 most populous counties are meeting or exceeding state Regional Housing Needs Assessment (RHNA) quotas. Yet all counties are failing to approve enough low-income and affordable housing. Why?

Because the legislature won’t finance it and they continue to allow developers to build very little affordable housing in new projects.

Even as we speak, the legislature is producing more SB50-like bills that reward the development of more luxury housing! Remember that old definition of insanity?

A trio of wrong-headed luxury housing bills include:

The state needs to clean its own house, support low-income housing, and stop the vilifying of our cities and communities.