The protests against Senator Scott Wiener's SB-50, "The More Homes Act" are growing. In this short 38-second video, opponents ask, "Where's the affordable housing?" and "Who's pulling Senator Wiener's strings?" 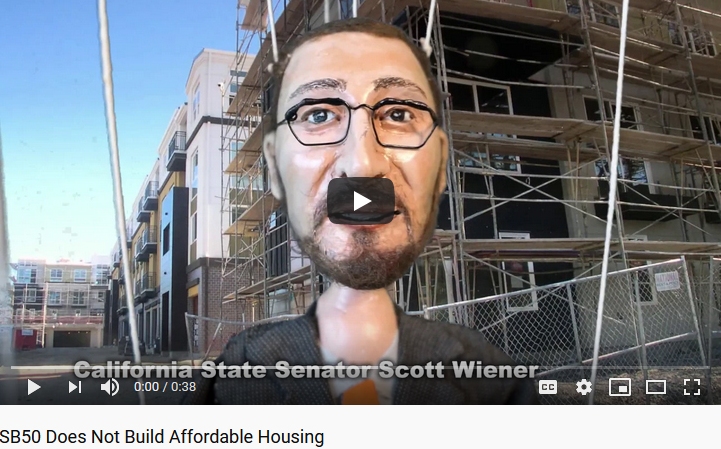 Join elected officials, community and neighborhood leaders and citizens from around the state who are calling on the Senate Appropriations Committee to vote "NO" on SB-50.