Former Mill Valley Mayor, council member, and planning commissioner, Dennis Fisco, has submitted the comments below to the Mill Valley Council in anticipation of the Council's September 5th hearing.

I am sending this note to the MV City Council and my MV friends and neighbors as a way of communicating a message in a manner that I have never done before in all of my 35 years in MV.

As most of you know, I am all things MV and I am a firm believer in the City government process, having spent a couple decades involved in one way or another. In all those years I cannot recall any time that I have taken a position counter to that of the City Council. This is especially true when it comes to a matter of fire/life safety. That said, I believe that the ordnance that the MV City Council is preparing to pass on September 5th is too far reaching and has not been properly vetted from cost-benefit, enforcement and community benefit standpoints.

To be perfectly clear here, I am only opposed to the requirement that all vegetation, with the exception of succulents, be removed from within three feet of any home located in the Wildland Urban Interface of MV – approximately 70% of MV homes fall in this category – a fact that is very concerning in itself. 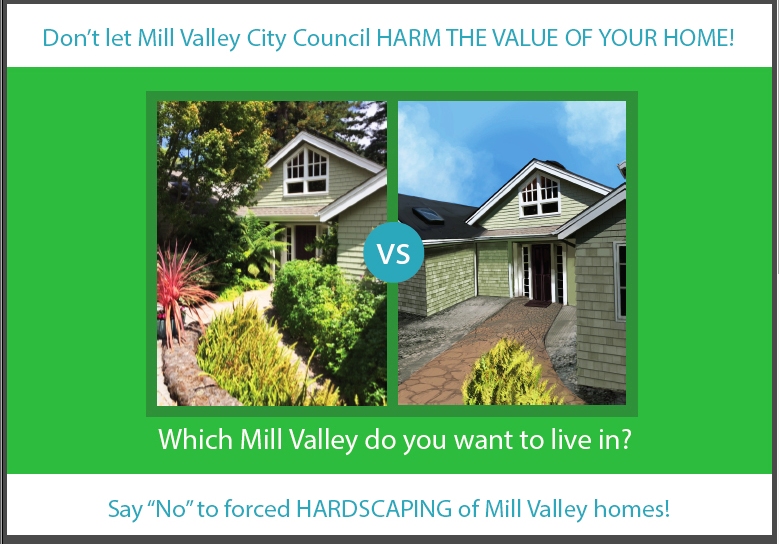 Let me address the matter with a few comments for consideration (in no particular order):

I applaud the desire of our City officials to make our town fire safe. As I stated above, I have never taken a position counter to a City recommended action involving fire/life safety matters and frankly it pains me to do so here. 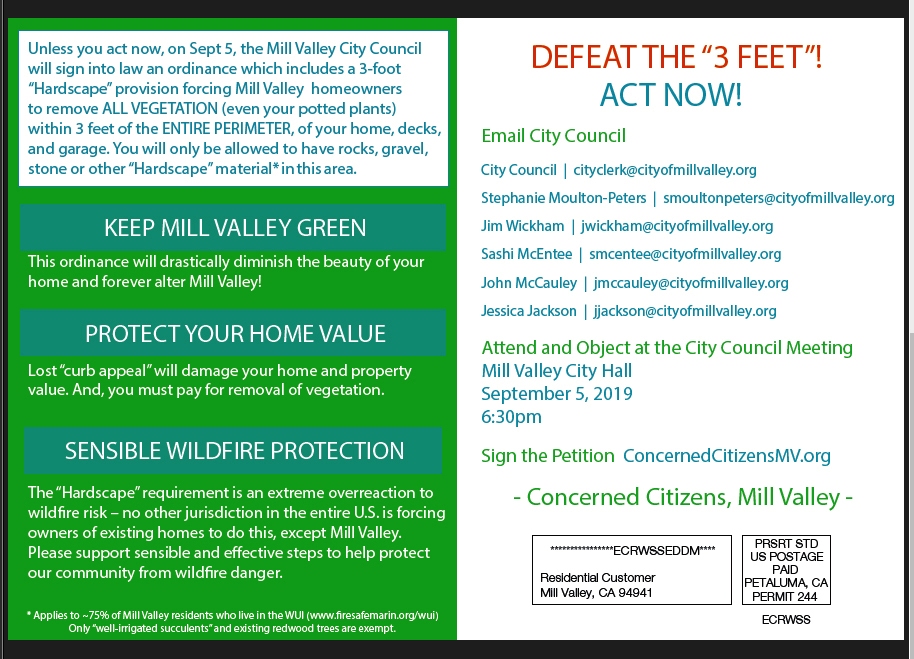 The three foot vegetation removal portion of the ordinance is over zealous approach to safety and it is very unfair to the large number of the citizens of Mill Valley who live in the Wildland Urban Interface area, which is most of Mill Valley. Surely there is a more reasonable “medium approach” to vegetation management that could be found as a compromise.

So I ask you, my friends and neighbors, if you agree, to contact your City Council members and ask them to please re-consider the three foot vegetation management portion of the proposed ordinance and at least postpone a decision on this aspect for the time being.

In conclusion, I know that this whole discussion can be very emotional and that some of you will not agree with my position here. That is fine and I respect your opinion, however, I do feel that there is enough of a discourse in progress that the City should do some additional research and consideration before enacting all of the ordinance.